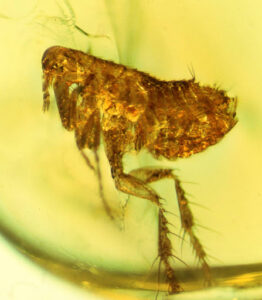 It’s amazing what comes into your head. After reading an article in the Smithsonianmag online that states the Black Death rampaged a whole century earlier than what had been thought of previously, it got me thinking.

Yersinia Pestis (named after the French biologist Alexandre Yersin who discovered it in the 19th Century) is the bacteria behind the bubonic plague, which the Victorians named the Black Death because the buboes or black blisters would form on the skin and ooze pus and blood.

Yersinia Pestis affects the lymphatic system of the body and causes swellings, sometimes the size of an apple or an egg. If left untreated, the infection would spread to the blood and lungs which would give symptoms of fever, chills, vomiting, diarrhoea, terrible aches and pains—and then, in short order, death.

Once you are infected with the plague, the incubation period is between 3 and 5 days without symptoms then you fall ill and in 80% of cases, it kills you over a period of 3-5 days.

From the initial outbreak, the fleas would infest the local rat population, decimating them in 10-14 days before fasting for 3 days before attacking humans, so the process would take up to 23 days before the first person dies.

It is believed that the bubonic plague was spread from Asian rodents to Europe in the 14th Century where it spread along the silk road and decimated 50-80% of the population of each area it spread to. In fact, they now believe that there was an outbreak at the time the Mongol siege of Baghdad in 1258, which predates the 14th Century pandemic.

It is believed that over 200 million people died because of the bubonic plague.

Out of interest, I wondered how old this bacteria could be and whether it may have struck in the past and I found an article where a flea that has the yersinia pestis bacteria in it’s proboscis and rectum preserved in Colombia Amber for 20 million years.

This flea was a previously unknown species.

Considering that it took 23 days from the initial outbreak till the death of the first human that the process in dinosaurs may have been more prolonged.

Fleas infect small mammals and live on them until they die, then they jump to larger mammals and reptiles which are dispersed over a wider area because of their sheer size, 80% population decrease in a large mammal would decimate it’s population and drive it to extinction.